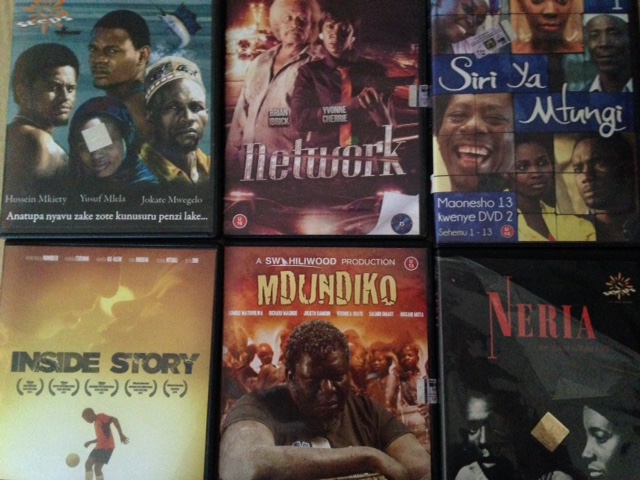 Squeaky bum time continues this week in pre-production planning. It has been another trying week with new obstacles cropping up, but these obstacles have been met with a solutions-orientated crew, committed people in Tanzania, a great support system at Queen Mary (with research manager and administration Director getting their heads around all sorts of insurance and liability), and of course friends and family that have perfected the ‘it will all be okay’ mantra.

A good way of distracting myself from such obstacles has been to check out some classic African films such as Neria, as well as a number of Swahiliwood productions such as Network, Siri Ya Mutungi (starring the awesome Nkwabi who is the only actor who we have appearing in our film), and Chumo. Neria is the most popular film in Zimbabwe of all time and has a theme tune that will stick in your head all week. Of the Swahiliwood films, my favourite was most definitely Network – a classic set up of a drunk womanising maverick detective Demango coming to the end of his career, clashing with a new boss and female forensic psychologist, and dealing with his HIV+ status and the loss of his wife. There is a serial killer on the loose in Dar es Salaam, and Demango is the main man to catch him. So far, so classic detective set up, until Demango discovers the victims are all women he has slept with. Dum dum dummmm!!

Swahiliwood has addressed many issues linked with HIV/AIDS. Many of the films are made by MFDI Tanzania and are financed by USAID and John Hopkins Bloomberg School of Public Health. Film and TV have been an integral part of behaviour change communication in public health. The most popular of which is without a doubt the MTV smash Shuga. Shuga was where Lupita Nyong’o first made her name (if you’re reading this Lupita – call me! Be our executive producer!). I also became slightly addicted to watching it when in Dar es Salaam in November, every episode is about 20minutes long, so you inevitably click through them until you found you’ve lost 3 hours of your evening watching the lives of young Kenyans. Such is the popularity of Shuga the World Bank is now doing a study of its impact on behaviour change. Considering my background in work on the World Bank and HIV/AIDS (that you can find here and here), watching endless episodes of Shuga is technically work.

If you fancy exploring the world of Swahiliwood, you can find more here and all Shuga episodes are available here. I am now bracing myself to start watching Bongo films, pitch in if you want to recommend any classics of the genre.