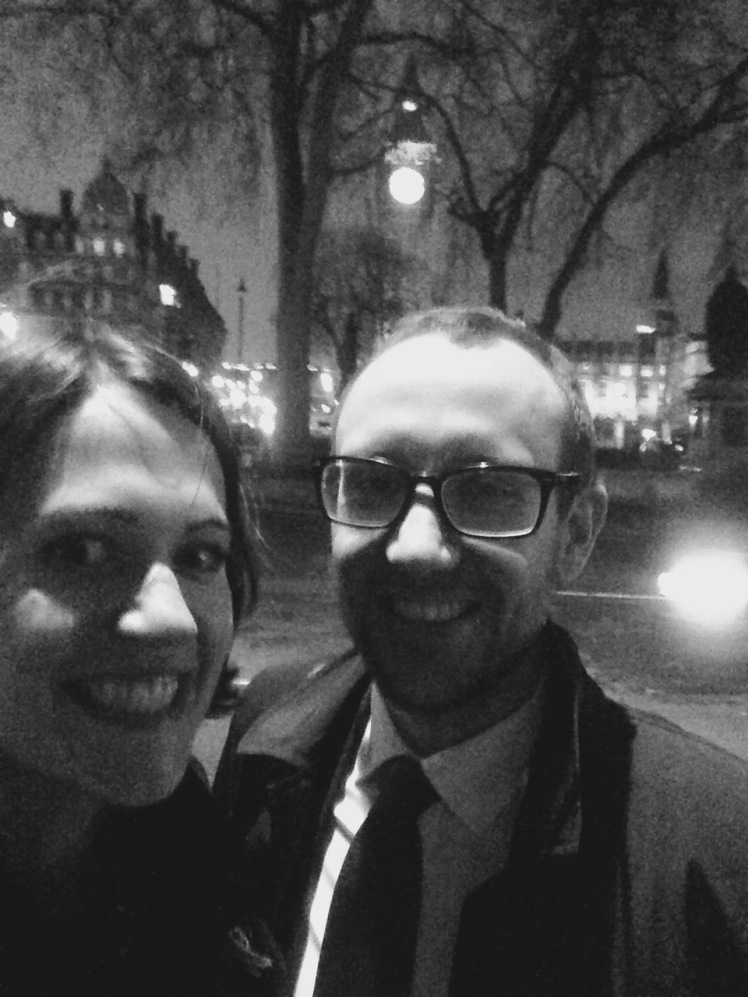 Walking into research receptions when you don’t know anyone and have a film to shout about is always nerve-wracking, fortunately for me my old friend Jamie had also been invited to the Axa Research Fund do in Westminster last night. This meant I not only got to catch up with a good pal over canapés but also had someone else to help promote the film to the Westminster set.

The do was to promote Axa’s research fund to politicians, policy-makers and universities. This is in many ways an easy sell. Axa has been the most supportive research funder I have worked with. They are friendly, accessible, hands off, don’t ask for cumbersome quarterly reports or other performance based metrics, but instead offer advice and help. They are so light touch it makes you want to be all the more innovative and experimental Discussing Axa with other researchers it would seem I am not alone in thinking this, and we all can’t quite believe our luck.

It was good to put faces to the names of people I’ve been working with on the project and to tell them about how the film is coming together (and the potential problems!). It was also fun to play politician bingo in my head during Nicky Morgan’s speech (name-check local constituent – line; mention evidence-based research – line; highlight how innovative UK is at research – bingo).

Jamie was busy promoting the film to another Axa researcher when we realised she completely trumped the film – she was a volcanologist who had travelled to seven continents – as cool as making a film is, volcanoes trump films. Once Director Leanne finishes working with me on this, I’m going to get her on the case with volcanoes. But only if Jamie and I can be Executive Producer, of course.